I’ve been to Antelope Island more than a dozen times and today was the first day I actually saw an antelope. On a normal day I think it should be called “Bison Island,” but even though they are plentiful, the ability to get up close to one of these beasts is limited (and why would I want to risk being mauled, anyway?) But I love going to the island and it never disappoints. Today, we got up closer than we ever have before.

Following the tip of some other lucky passers-by, we pulled right up next to two bulls in our car – they left the fenced area and crossed the road right in front of us! And then we had a photo shoot with our puppy Milo, joining other happy throngs of people taking pictures (and I turned paparazzi on a few photos). Poor little Milo got in some burs earlier while on a hike in pursuit of the elusive local owl at the ranch – I had to strategically remove one of them every few minutes which was like twisting out hair from an elastic. It’s quite the skill to pull out burs from matted hair without hurting a frantic, scared puppy: I had to just nonchalantly roll the bur around in between my fingers, tugging gently on 9 or 10 big burs until they broke loose. Luckily, after a happy day of running and recovering from the trauma of removing the burs, we wore that little puppy out and he slept between us on the middle console of the car the entire 30-minute drive home. 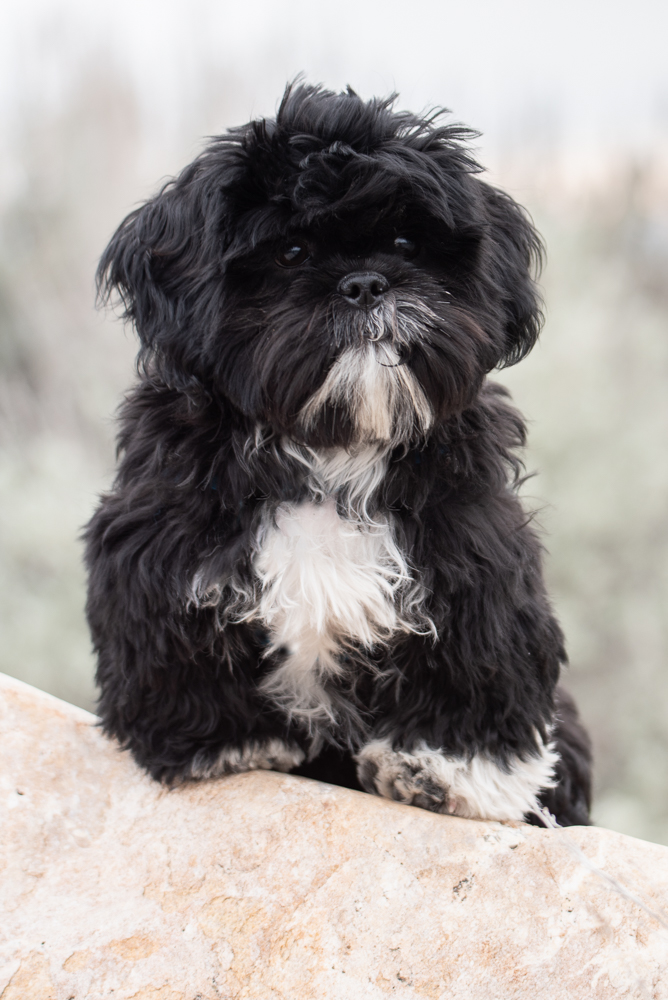 The entire lookout point at Antelope Island was filled with photographers and models including a bride and groom, a family, and some girls photographing a friend on the rocks. As for us, we spent the time taking photos of our Shih Tzu puppy, Milo.

Menu
back to the galleries

Ky & Hannah, our son and daughter-in-law. I remember when they were first dating, they jokingly said their “couple name” was Kyannah. Would they, will they, name a little girl this name? I guess we won’t know for awhile, since they are having a boy, and his name is … Ryker.